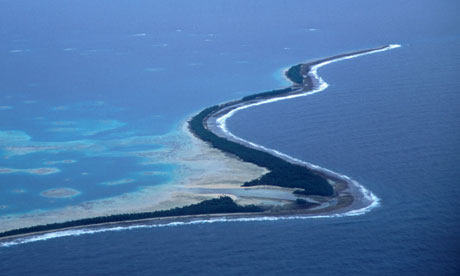 A special meeting of the United Nations security council is due to consider whether to expand its mission to keep the peace in an era of climate change.

Small island states, which could disappear beneath rising seas, are pushing the security council to intervene to combat the threat to their existence.

There has been talk, meanwhile, of a new environmental peacekeeping force – green helmets – which could step into conflicts caused by shrinking resources.
[more…]