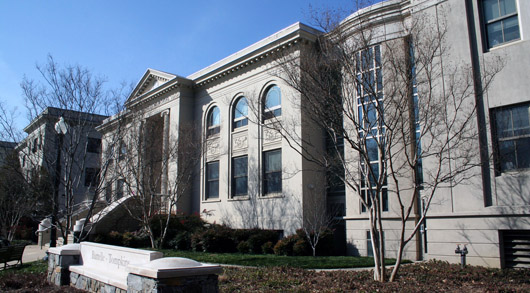 The survey asks students to rate their own schools on dozens of topics and report on their campus experiences at them. Photo: jakewaage/Flickr

The Princeton Review releases its choices for the 2012 Green Rating Honor Roll.

It’s that time again — time for The Princeton Review to publish its reviews for some of the best colleges in the nation. Among its many lists is the 2012 Green Rating Honor Roll. Some of the schools receiving recognition this year will look familiar to those who read the 2011 honor roll.

Staff at The Princeton Review rated 768 schools, awarding scores of 60 to 99, and 16 educational institutions received 99 points, earning each top-scoring college a spot on the list.
[more…]