An African Success: In Namibia, The People and Wildlife Coexist 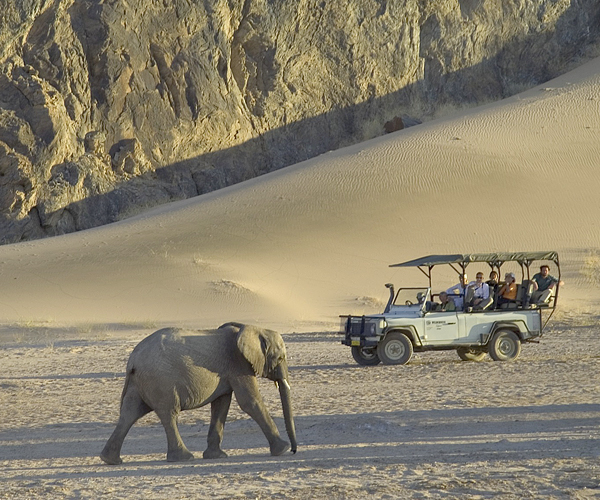 Tourists view an elephant in the dry lands of Damaraland, Namibia.

Shortly after gaining independence in 1990, Namibia turned ownership of its wildlife back to the people. By using a system of community-based management, this southern African nation has avoided the fate of most others on the continent and registered a sharp increase in its key wildlife populations.