Republicans vs. the environment 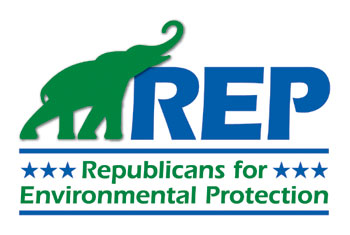 Republicans_for_Environment -- Oxymoron or an Idea whose time has come

Ignoring science and forgetting their history

Kicking off her recent bus tour, Sarah Palin attended a motorcycle rally and took a deep breath. “I love that smell of the emissions,” she exulted.

Republicans like Palin often compete to see who can sound most indifferent to the environment. So someone taking a different tack stands out. Mitt Romney got grief from Rush Limbaugh and others for saying, “I believe the world is getting warmer, and I believe that humans have contributed to that.” [snip]

If today’s Republican attitude had prevailed four decades ago, Americans would not have such vital measures as the Clean Air Act and the Clean Water Act. Then, many people worried that environmentalism would strangle economic growth and personal freedom. But both have survived and even flourished.

Conservatives once understood that corporations are not entitled to foul the environment, any more than individuals have the right to dump garbage in the street.

Barry Goldwater, the 1964 GOP presidential nominee, wrote, “When pollution is found, it should be halted at the source, even if this requires stringent government action.” As governor of California, Ronald Reagan signed major environmental bills and called for “all-out war against the debauching of the environment.”
[more…]