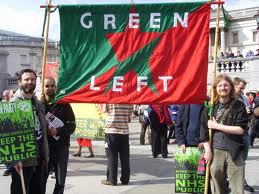 Former Interior Secretary Bruce Babbitt delivered a blunt, critical message to President Barack Obama on Wednesday: Don’t wimp out on the environment. Stand your ground and work for land and water conservation.

He was able to cite recent history. The Clinton administration artfully played off against anti-environmental extremism of the “Newt Gingrich Congress”: Bill Clinton ventured off the golf course and into God’s great out-of-doors to create new national monuments in Washington, Arizona, Montana and California.[snip]

The radical wing of the environmental movement lined up in 2000 behind Ralph Nader’s presidential campaign. By labeling Al Gore a sellout, they became enablers of the presidency of George W. Bush.

The question now is whether the extremism of some greens will turn off public support desperately needed for clean air, clean water and clean energy — and a clear sense of mission at the White House.