A Land Without Children — Why Won’t Germans Have More Babies? 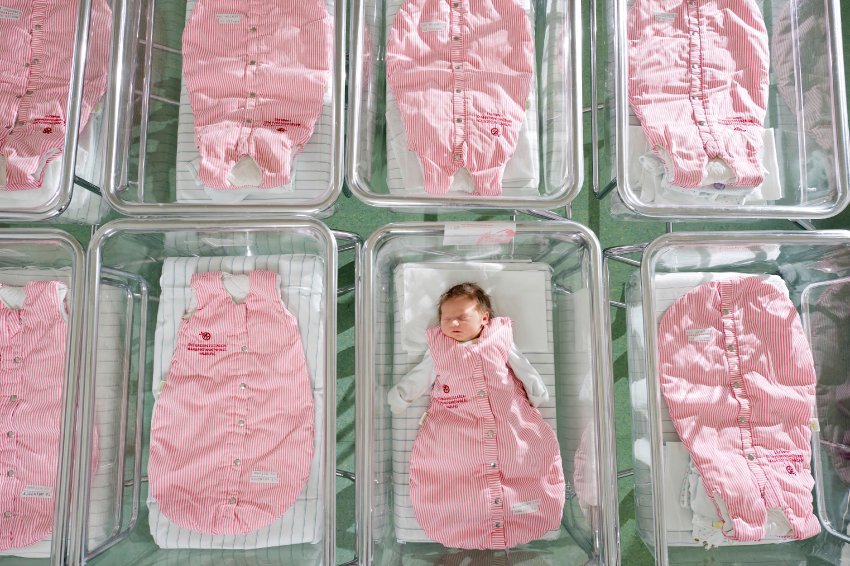 Germany's Federal Statistical Office determined that the country has the smallest percentage of children of all European countries.Chancellor Angela Merkel's government has pumped billions into Germans' pockets to encourage them to make more babies -- but they still aren't doing it. Is it even a problem that the government is capable of solving? Photo by Ronald Frommann

The man in the photo is well-dressed, somewhere between chic and casual in his white shirt and dark sports coat. In his left hand, he holds the basket-like device that modern parents use to transport their young children. He gazes at the baby lying in it.[snip]

In a country where fewer children are being born despite all official efforts to reverse the trend, this is an important message. For years, administrations in Berlin have tried to encourage Germans to have more children. Indeed, the Merkel administration has been particularly active on this issue: It has instituted parental leave benefits and guaranteed young children the legal right to a place in a daycare center beginning in August 2013.[snip]

But the fact that nothing seems to be working raises a number of questions: What’s causing Germany’s low birth rates? Is it a lack of infrastructure, such as too few daycare spots? Are workplace conditions to blame? Is it a money issue? Or is it something difficult for politicians to address, such as a certain mood in the country?
[more]