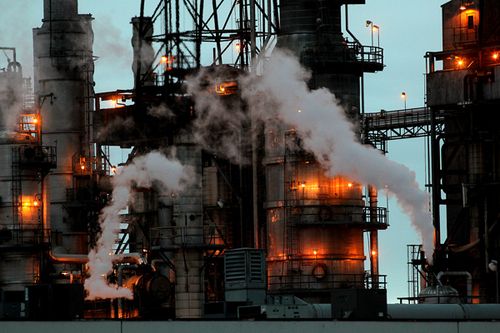 The Sierra Club of California, the state’s oldest and largest environmental group, called on Gov. Jerry Brown this week to substantially rewrite the cap-and-trade program for greenhouse gases that former  Gov. Arnold Schwarzenegger considered to be his greatest legacy.

The trading system, which would curb emissions from 600 California industrial plants, is the centerpiece of the state’s 2006 global warming law, AB 32. Scheduled to take effect in January, it would be the nation’s most extensive program to cut carbon dioxide and other gases that are trapping heat in earth’s atmosphere.

However, in a letter to the governor released Wednesday, Sierra Club California Director Bill Magavern called Brown “well-suited to the task of scrutinizing and revising the cap-and-trade rule adopted by the previous administration. The rule has some serious flaws that will limit its effectiveness in reducing emissions and generating green jobs.”