Is the Internet Replacing Our Ability to Remember? 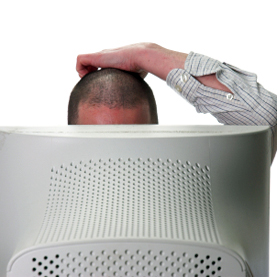 TOTAL RECALL?: The advent of the Internet and near-ubiquitous information at our fingertips makes it less critical for us to commit items to memory. Using the Internet as a mental crutch is not necessarily a bad thing, according to researchers. Image: IMAGE COURTESY OF ALEX HINDS, VIA ISTOCKPHOTO.COM

Researchers study whether the use of the Internet as a memory aid leads to a lazy mind, or whether memorization is overrated

Has the Internet dumbed down society or simply become an external storage unit that enhances the human brain’s memory capacity? With Google, Internet Movie Database and Wikipedia at our beck and call via smart phones, tablets and laptops, the once essential function of committing facts to memory has become little more than a flashback to flash cards. This shift is not necessarily a bad thing, nor is it irreversible, according to a team of researchers whose study on search engines and learning appears in the July 15 issue of Science.
[more…]