Has the green movement lost its way? 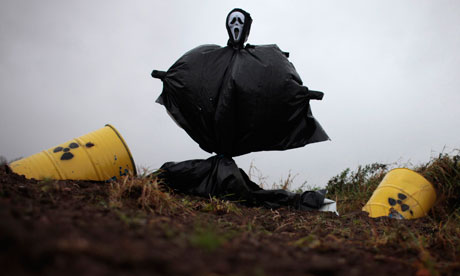 Anti-nuclear, anti-capitalist, anti-flying: the green movement may have alienated more people than it has won over, and there are now calls for a new kind of environmentalism

In 2008 prizewinning environmentalist author Mark Lynas experienced a “eureka moment”. Reading the hostile comments underneath an article outlining his objections to GM foods on the Guardian website, he decided his critics were probably right.

A couple of years later, Lynas had another eureka moment when he read Stewart Brand’s book, Whole Earth Discipline, in which the American writer tore up the green rulebook and came out in favour of urbanisation, nuclear power and genetic engineering. A few months ago, Lynas appeared in a TV documentary, What the Green Movement Got Wrong, alongside Brand – and inside the ruins of Chernobyl which, he argued, had not been nearly as devastating a disaster as most people think.

Next week Lynas publishes a new book, The God Species: How the Planet Can Survive the Age of Humans, in which he takes his argument with the green movement a step further. The book accuses the greens of having helped cause climate change through their opposition to nuclear power, and calls this a “gargantuan error, and one that will echo down the ages”.

“Anyone who still marches against nuclear today,” he writes, “as many thousands of people did in Germany following the Fukushima accident, is in my view just as bad for the climate as textbook eco-villains like the big oil companies.”
[more…]