CHIMPANZEES NOT AS SELFISH AS WE THOUGHT 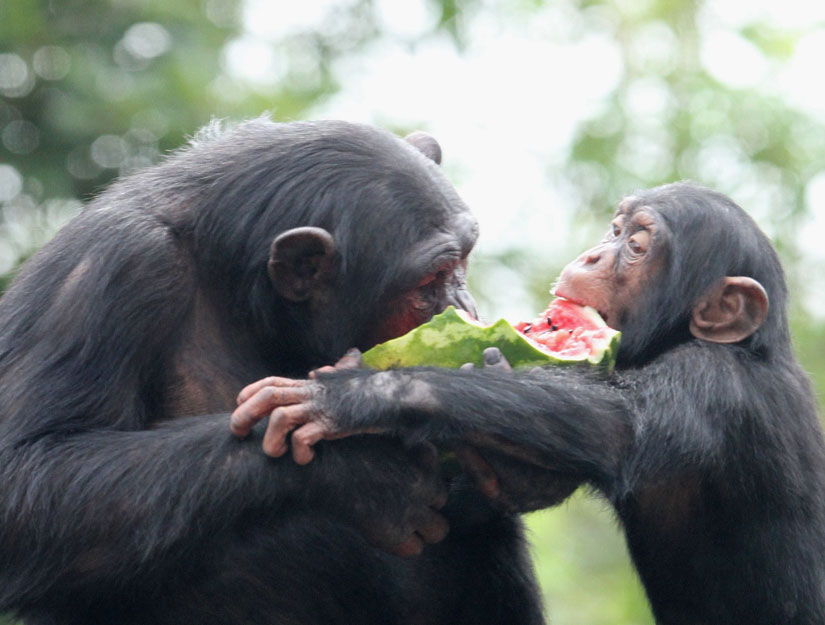 New research demonstrates that chimpanzees exhibit empathy-based altruism. The findings negate prior studies that concluded chimpanzees were indifferent to the welfare of others. It’s now suspected that all primates and mammals possess empathy and associated charitable behaviors.

Humans aren’t the only altruistic primates. New research demonstrates chimpanzees also show unselfish concern for the welfare of others.

The study, published in the latest Proceedings of the National Academy of Sciences, negates prior findings that concluded chimpanzees are “indifferent to the welfare” of their fellow chimps.

Insects and many other creatures help each other out, but it’s believed that primate altruism is empathy-based, with this trait being widespread among mammals.

“Since empathy is an old mammalian trait, there is no reason why the sort of altruism we describe should be unique for the primates,” co-author Frans de Waal, director of the Living Links Center at the Yerkes Primate Center, told Discovery News.
[more…]