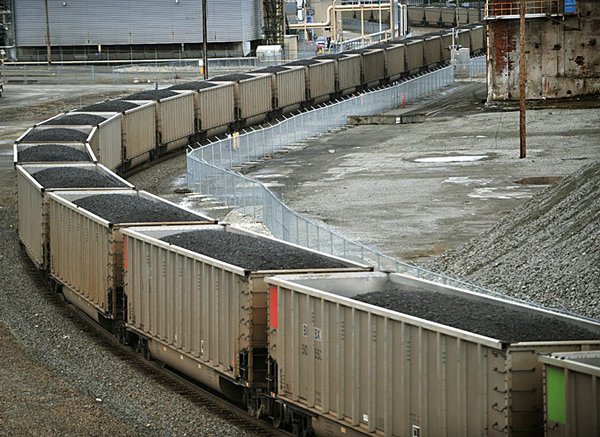 According to the International Energy Agency, China surpassed the U.S. last year as the world’s largest energy consumer. Though China has its own vast coal resources, its domestic production can’t keep up. China became a net importer of coal in 2008.

When a Seattle-based shipping company announced plans last year for a deepwater cargo port that it promised would create hundreds of jobs in Whatcom County, it looked like good news.

Bellingham had suffered the loss of its primary industry when a large Georgia-Pacific paper mill began closing down in 2001. Then a nationwide housing and construction boom ended in 2007 when the market tanked.

“The jobs are nothing to scoff at,” Bellingham Mayor Dan Pike said earlier this year of the SSA Marine proposal at Cherry Point.

But Pike’s attitude changed when he learned what cargo the company had in mind: coal, and potentially 48 million tons of it a year. That coal would end up in China, where it would fuel the blistering growth of America’s biggest competitor.

David Hawkins, the director of the Natural Resources Defense Council’s climate programs, said that would be a role reversal for the world’s most technologically advanced country.

“China is exporting iPads to us, and we’re sending rocks to them,” he said. “It is a scratch-your-head comparison.”
[more…]