Amid US gas boom, split over ‘fracking’ 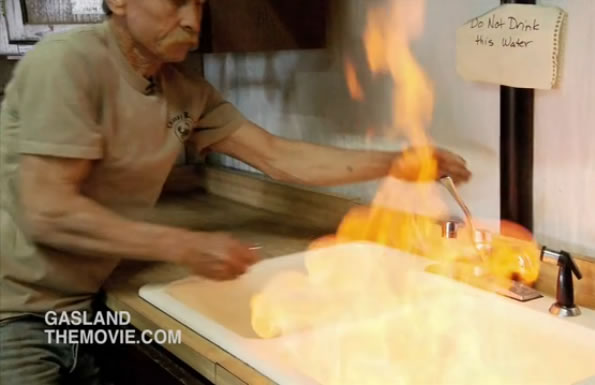 Don't bother to put the kettle on: The inflammatory results of contaminated water are exposed in GasLand.

WASHINGTON — The United States is seeing a natural gas boom thanks to discoveries of abundant shale gas, but also a groundswell of opposition from critics who say the environmental risks from drilling are too great.

At the heart of the issue is a drilling technique known as hydraulic fracturing, or “fracking,” of underground rock formations by injecting chemicals and water to release trapped gas.

The natural gas reserves could supply US needs for 110 years, thanks in part to advances in horizontal drilling, according to the US Energy Information Administration.

Critics however say the industry has moved too fast with little regulation, and cite concerns about spills, leaks and contamination from chemicals used in the process. Similar debates are ongoing in Canada, France and other countries.

“No one really knows what the health impacts are from living near oil and gas exploration and production sites,” said Amy Mall of the Natural Resources Defense Council.
[more…]