The positive side to Montana’s wet year: Fire danger is down 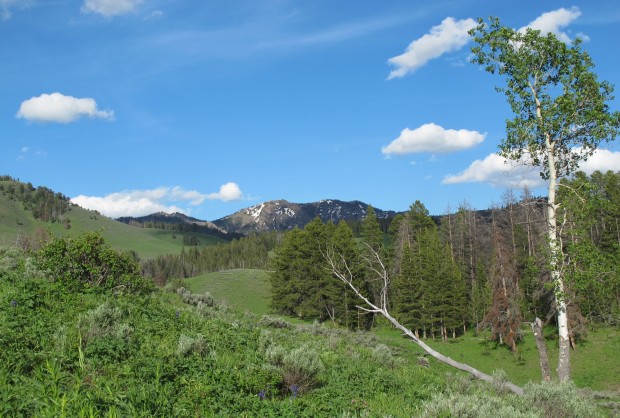 BRETT FRENCH/Gazette Staff From the plains of Eastern Montana to the Gallatin Mountains shown here in southwestern Montana, the landscape is green with growth from a record-setting year of moisture. All that greenery and moist soil is helping to reduce fire danger across Montana.

Here’s the positive side to the record moisture that Montana has received in the past seven months: The fire danger is average to below average.
“Everywhere I go, everyone wonders what I’m going to do with all my firefighting folks because they think there’s not going to be a fire season in the Northern Rockies,” said Bob Harrington, state forester for the Department of Natural Resources and Conservation, the state’s wildland firefighting arm.
Harrington said high-altitude to mid-elevation fires that have burned for a long time, such as Montanans saw as recently as 2006, are unlikely.
[more…]