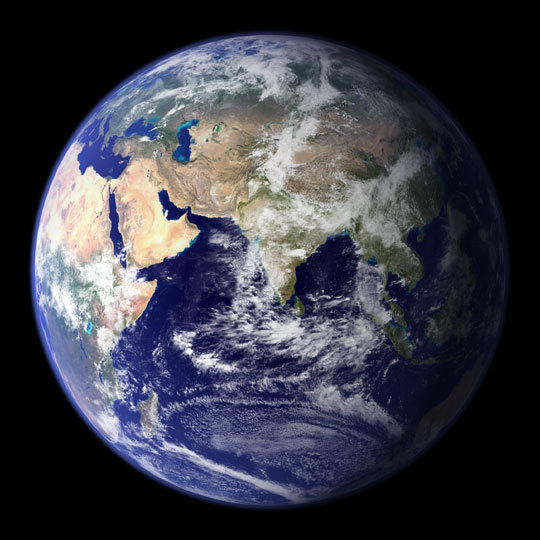 Humans have already pushed the planet beyond some of the limits, but some scientists questioned the threshold idea. Photo: NASA

Humans must stay within certain boundaries if they hope to avoid environmental catastrophe, a leading group of environmental scientists says. Crossing those limits may not rock the Earth itself, but would lead to harsh consequences for human existence on the planet as we know it.

There are two kinds of boundaries, the researchers proposed in October 2009. “One represents a tipping point — you cross that and irreversible, catastrophic bad stuff happens,” said Jonathan Foley, an ecologist at the University of Minnesota. “The other would involve more gradual changes, but still well outside the range of anything we’ve seen in human history.”

Humans have already pushed the planet beyond some of the limits, such as those related to climate change and the nitrogen cycle. But some scientists who responded in the journal Nature questioned the threshold idea, and others commented that such limits seem arbitrary. Still, many applauded the idea of limits as benchmarks or starting points.