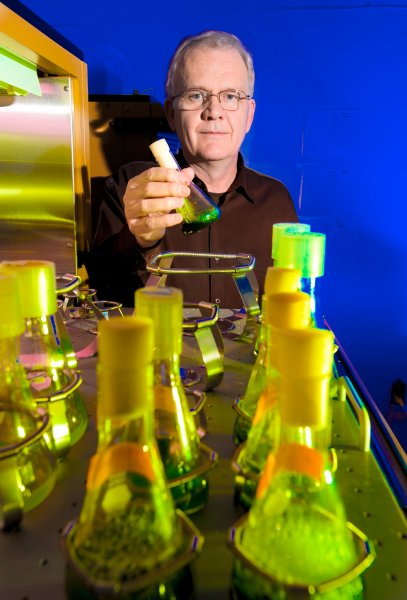 Genetically modified blue and green algae could be the answer to the world’s fuel problems. Bioengineers have already developed algae that produce ethanol, oil and even diesel — and the only things the organisms need are sunlight, CO2 and seawater.

Biochemist Dan Robertson’s living gas stations have the dark-green shimmer of oak leaves and are as tiny as E. coli bacteria. Their genetic material has been fine-tuned by human hands. When light passes through their outer layer, they excrete droplets of fuel.

“We had to fool the organism into doing what I wanted it to do,” says Robertson, the head of research at the US biotech firm Joule Unlimited. He proudly waves a test tube filled with a green liquid. (snip) They have already created blue algae that produce diesel fuel.