Sign of success: Endangered pygmy rabbits breed in the wild 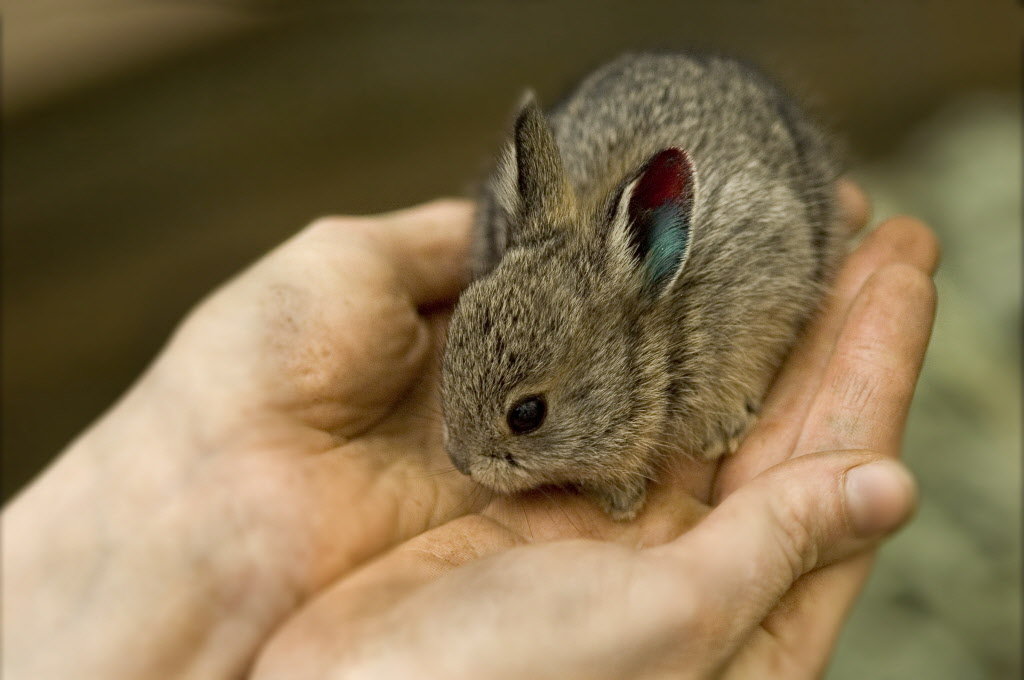 Columbia Basin pygmy rabbit kits, such as this one at the Oregon Zoo, were recently born in the wild -- a landmark in restoring the endangered species. Photo by Levi Barnett/Oregon Zoo

Take the case of the Columbia Basin pygmy rabbit, a species nearly extinct in 2002, when only 16 were known to exist in the wild. Biologists recently discovered that for the first time in more than a decade, at least one of the rabbits successfully reproduced in the wild, delivering kits in their central Washington home range.

The find was hailed this week by the Oregon Zoo, a key player in the effort to save North America’s smallest rabbits. The zoo breeds them, and after this year will be the sole captive-breeding site for the federally endangered species.
[more…]