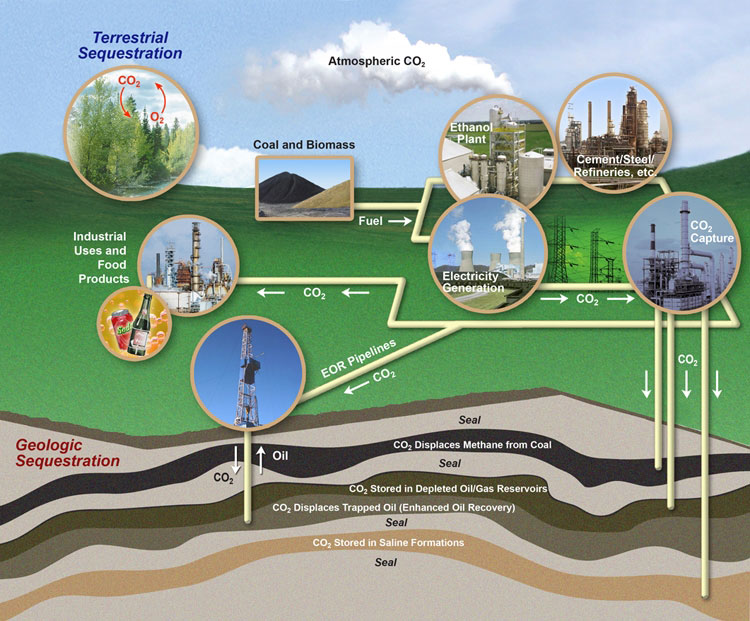 Roughly one third of the United States' carbon emissions comes from power plants and other large point sources. To stabilize and ultimately reduce concentrations of this greenhouse gas, it is necessary to employ carbon capture and storage (CCS) technology. CCS is the process by which CO2 is isolated from the emissions stream, compressed, and transported to an injection site where it is stored underground permanently.

Construction activities have begun at an Archer Daniels Midland Company ethanol plant that will be able to capture and store 1 million tons of carbon dioxide a year.[snip]

Because all of the captured CO2 is produced from biologic fermentation, a significant feature of the project is its “negative carbon footprint,” meaning that the sequestration results in a net reduction of atmospheric CO2, according to the Department of Energy.
[more…]