THE STICKY PROBLEMS WITH TAR SANDS 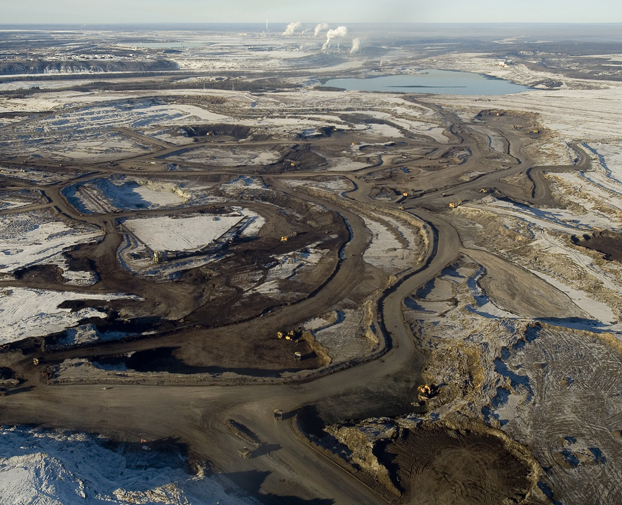 Tar sands, also known as oil sands, are a mixture of roughly 90 percent sand, clay and water and 10 percent bitumen, a thick hydrocarbon liquid. After extracting that 10 percent of bitumen from the tar-sand mixture, the bitumen can be purified and refined into synthetic crude oil.

Actress Darryl Hannah and NASA scientist James Hansen are just two of the more than 800 environmental protesters that have been arrested in front of the White House this week.

The crowd has been demonstrating against the proposed Keystone Pipeline XL project, which involves building a 1,700-mile (2,735-kilometer) heavy-oil pipeline from the tar sands of Alberta, Canada, to oil refinement facilities along the Gulf Coast of the United States.

The decision to allow TransCanada Corp. to go through with the $7 billion Keystone XL pipeline rests with the U.S. government, and the protesters are hoping to sway President Obama to veto the permit.

Aside from the environmental disruption caused by constructing the underground pipeline, the environmentalists’ opposition to Keystone hinges on the hydrocarbon chemistry of tar sands and how they’re converted into crude oil.
[more…]