Green trend comes to lawns — with a splash of dandelion yellow 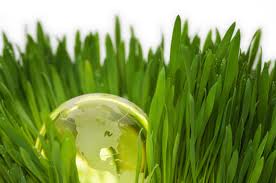 Nationwide, the number of households that use only all-natural fertilizer and insect and weed controls increased from an estimated 5 million in 2004 to 12 million in 2008, and is projected to keep growing, according to surveys by the National Gardening Association.

With a front-yard view of the Fourth of July parade route in Arlington Heights, Lisa Croneberg feels extra pressure to make her lawn look good.

So her husband puts away the old-fashioned manual lawn mower, borrowing a gas-powered model for the occasion. He uses organic fertilizer, aerates the sod and waters it until it’s a deep green. But he won’t spray weedkiller — that’s where the couple draw the line.

“I’m scared of the toxic way we’re treating the planet,” she said. “Nobody feels like their little bit is going to make a difference. But I feel like every little bit does.”