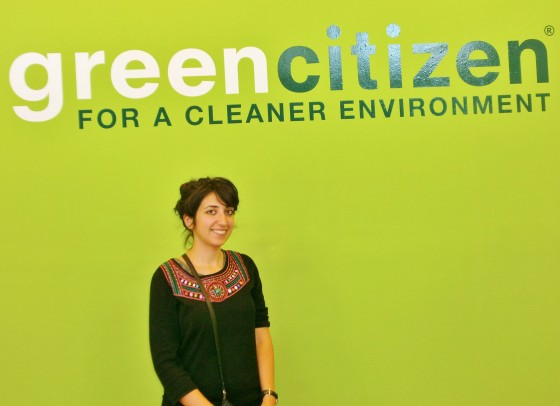 Alisa Ananbeh, a student leader on the environment, about her plans to help Jordan go green

One of the main premises of Earth Ethics is that we need a new set of “values” to deal with our current set of problems… and some of these problems are ancient.

Green leadership in the volatile Middle East is documented in a very encouraging website called Greenprophet, that shows by working together to solve our common environmental problems, humanity can overcome many of the issues that divide us; including race, religion, ethnicity etc.

Although humanity has always shared a common physical existence on Earth, it has only been recently that the fact of our interconnectedness–financial, cultural and biological, to name a few — has become unavoidable. We are one.

One of the most widely distributed photographic images in existence, The Blue Marble is a famous photograph of the Earth, taken on December 7, 1972, by the crew of the Apollo 17 . The image is one of the few to show a fully illuminated Earth, as the astronauts had the Sun behind them when they took the image. To the astronauts, Earth had the appearance of a glass marble, hence the name.

Since that iconic photograph was taken a global consciousness has emerged that states, to solve our global problems –internationally as well locally- humanity needs to work together.