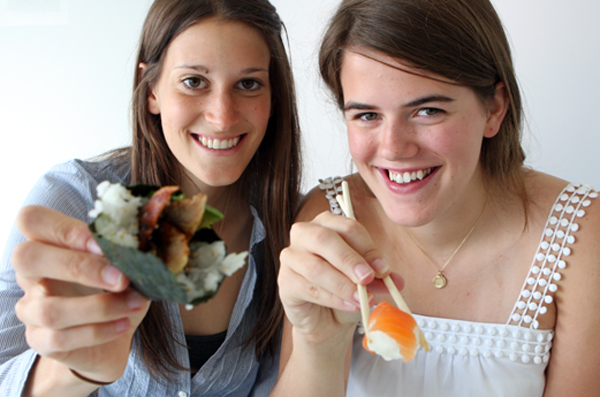 In a tale of teenagers, sushi and science, Kate Stoeckle and Louisa Strauss, who graduated this year from the Trinity School in Manhattan, took on a freelance science project in which they checked 60 samples of seafood using a simplified genetic fingerprinting technique to see whether the fish New Yorkers buy is what they think they are getting.

They found that one-fourth of the fish samples with identifiable DNA were mislabeled. A piece of sushi sold as the luxury treat white tuna turned out to be Mozambique tilapia, a much cheaper fish that is often raised by farming. Roe supposedly from flying fish was actually from smelt. Seven of nine samples that were called red snapper were mislabeled, and they turned out to be anything from Atlantic cod to Acadian redfish, an endangered species.

What may be most impressive about the experiment is the ease with which the students accomplished it. Although the testing technique is at the forefront of research, the fact that anyone can take advantage of it by sending samples off to a laboratory meant the kind of investigative tools once restricted to Ph.D.’s and crime labs can move into the hands of curious diners and amateur scientists everywhere.
[more…]