Designing Peace Through Transportation — The Context of Rio+20 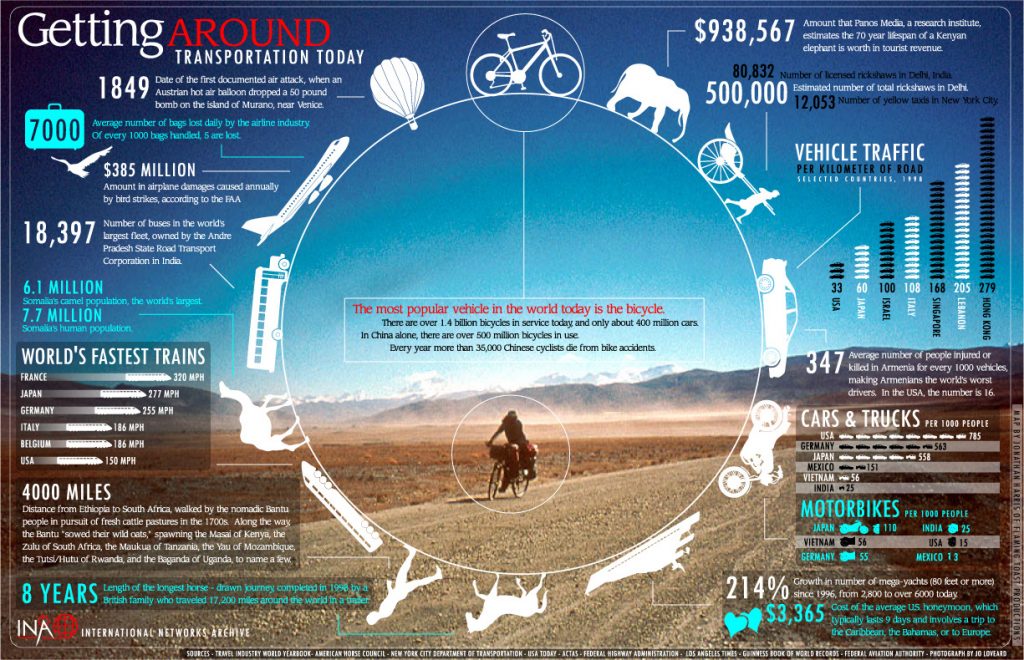 Forum on Peace through Transportation

So what exactly does Peace have to do with transportation?  (Fights on the Max Train? Road rage? Nukes on Freighters?)

As an observer and participant in the environmental movement over the past 40 years I would like to give my perceptions on the big picture. Where have we been and where are we going? And how does transportation in general, and urban design and infrastructure specifically, help us as a civilization to achieve a peaceful and sustainable future?

Although humanity has always shared a common physical existence on Earth, it has only been recently that the fact of our interconnectedness–financial, cultural and biological, to name a few — has become unavoidable. We are one. 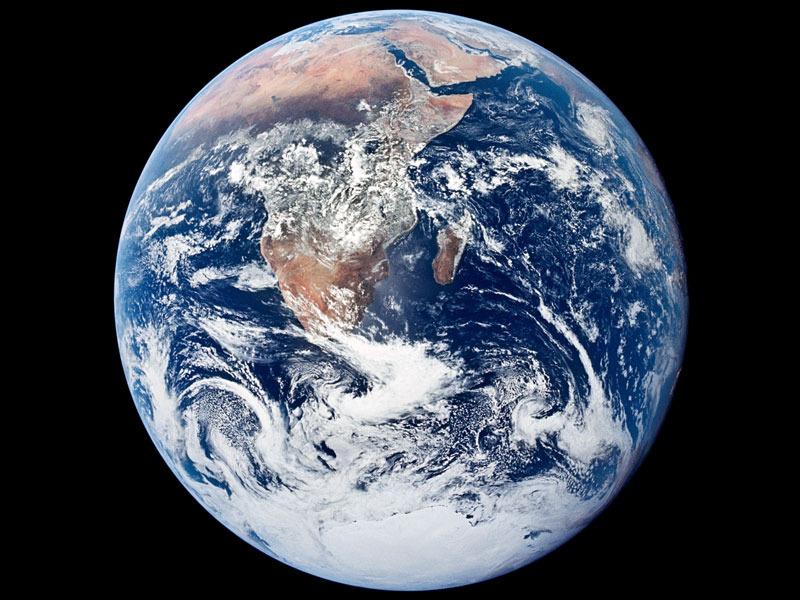 The Blue Marble we all call home. Photo NASA

One of the most widely distributed photographic images in existence, The Blue Marble is a famous photograph of the Earth, taken on December 7, 1972, by the crew of the Apollo 17 . The image is one of the few to show a fully illuminated Earth, as the astronauts had the Sun behind them when they took the image. To the astronauts, Earth had the appearance of a glass marble, hence the name.Since that iconic photograph was taken a global consciousness has emerged that states, to solve our global problems –internationally as well locally- humanity needs to work together.

Timeline: Stockholm72/Agenda21/Rio+20 — 40 Years of Environmental Progress or Not?
Stockholm72 (United Nations Conference on the Human Environment) “The Conference cannot deal with all the ills of the world, …it could establish a new and more hopeful basis for resolving the seemingly intractable problems that divided mankind. It had to be recognized that the physical interdependence of all people required new dimensions of economic, social and political interdependence.”

I was in Stockholm in 1972 and on a bright sunny day in June my father Claes Nobel went to the head of the Swedish Nobel Foundation Mr. Stig Ramel and proposed a Green Nobel Prize for the environment

Mr. Ramel said , “Young Nobel do not worry about these things. It’s a beautiful day go out and look at the pretty girls.”

Agenda 21 (The Earth Summit) was the action plan of the United Nations related to sustainable development held in Rio de Janeiro, Brazil, in 1992. It was a comprehensive blueprint of action to be taken globally, nationally and locally. It included plans for UN agencies, NGO’s, women, youth, science and industry.

The full text of Agenda 21 was revealed at the United Nations Conference on Environment and Development (Earth Summit), held in Rio de Janeiro on June 13, 1992, where 178 governments voted to adopt the program. The number 21 refers to an agenda for the 21st century.

If there was a problem with Agenda 21 it was that it relied too much upon legislation, taxation and even nationalization.  There are 40 chapters in the Agenda 21, divided into four main sections.

Section III: Strengthening the Role of Major Groups
Includes the roles of children and youth, women, NGOs, local authorities, business and workers and strengthening the role of indigenous peoples, their community and farmers.

The old eco-paradigm in place since at least 1972 was primarily legislative and therefor most actions were legal litigation – lawyers suing on behalf of the snail darter. Classic adversarial positions were taken and a siege mentality developed from which we are still recovering. The old paradigm was Us vs. Them –primarily in the form of environmental activists vs. Industry– and was absolutely inevitable and necessary. This siege mentality paradigm still exists today, but we are slowly moving away from it.

Eco 2.0 We are all stakeholders

If the old paradigm was Us vs. Them, the new paradigm is we are all Stakeholders. We are all in this together. As stakeholders we have a collective responsibility to participate in the outcome of our shared future.

But the concept of stakeholders only works, if stakeholders are motivated. As a project Manager I can tell you that if your team doesn’t agree upon, and sign a charter, your project will fail.

Earth Ethics as a Civic Value

Here in America, in a well-intentioned effort to remove the ancient and historical divisiveness of religion, race, creed, sex and sexual orientation we have removed most of our traditional cultural values from our public institutions. We have certainly taken God and Religion out of our public schools. We have taken patriotism out of our schools – we don’t say the pledge of allegiance or sing America the beautiful or allow our armed services to recruit on campuses. We have kicked the Boy Scouts out of our schools.
In this vacuum we have some vague idea of political correctness based upon a very watered down set of American virtues. This does not work to inspire or provide the moral leadership to solve our civilizational problems. Alexis de Tocqueville stated that America would not work without the moral backbone of Christianity.

So given these seemingly insurmountable environmental issues how will we “ the human species” solve them without a common philosophy?

Does science, technology engineering and math alone, solve our Civilizational/Global problems? No. They address only subsets of much deeper issues that are ultimately the root cause.

I work with an organization called the National Society of High School Scholars (NSHSS), and one the great aspects of that job is the opportunity to meet with and to get to know some very bright and motivated high school students from around the world.

During one event a young student asked me if all of our Science & Technology keeps advancing every year why do we have war?

Peace is an Art not a Science

Peace is an Art not a Science and it should be taught in our schools as part of the humanities. Unfortunately in the American School system we are cutting back on the humanities.

By emphasizing STEM – the hard skills of Science, Technology, Engineering and Math— our societies have become more technologically advanced resulting in higher standards of living. This is certainly a positive.

So, we have the skills to build a nuclear missile…but do we have the wisdom not to use it?

Currently the answer is no.

It is critical to educate all of our students –Especially STEM students—in the humanities including Earth Ethics.

Every cell in the human body has the DNA to clone a new body. We need to develop a generation of young students and global citizens that posses the DNA of Earth Ethics; a broad understanding of the complex global and civilizational problems and the Eco-IQ necessary to solve them.

We in America, and most of the western world, have for the last century lived in age of unparalleled prosperity and wealth. Never before in the history of mankind have so many had so much. And that’s part of the problem.

To Quote Walt Kelly’s Pogo: “We have met the enemy…and he is us.”

Our current levels of consumption, reproduction, environmental destruction and warfare are unsustainable.

Portlandia and the Bicycle

One might be led to believe that the simple act of riding a bicycle could cure almost all of society’s ills; oil dependency, too many automobiles, Wars, Air Pollution, Global Warming, Obesity, Diabetes, Cancer. However in every one of these humorous stereotypes there is an element of truth.

These are the 60% of cyclists who are interested bicycle transportation but are concerned about safety. Photos: bikeportland.org

Designing Bicycle/Pedestrian Centric Communities
American cities are primarily designed around the automobile.  As Americans we love the freedom, power speed and convenience of our cars. To not love cars is almost un-American. It is the perfect American status symbol.

However, one of the best environmental practices in urban transportation is simply to get people out of cars. Walk. Bike. Take mass transit.

The biggest issue for most transportation cyclists is safety.

Build it and they will come

Studies have shown that most people would be interested in bicycle commuting if they felt it was safe.  It is therefor the responsibility of our Urban Designers and Transportation Engineers to build safe and efficient transportation infrastructure that encourages pedestrian and bicycle transit.

When we design our communities so that the great majority of daily activities can be done on foot, by bike or by streetcar we will reap enormous benefits –environmental, economic and social. 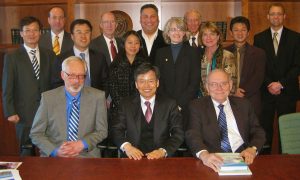 Download the Memo of Understanding between KOTI and WPI