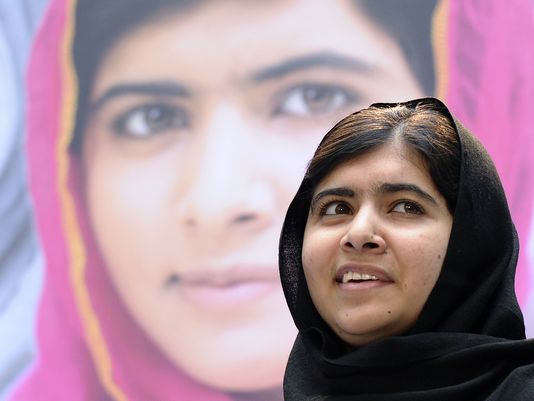 The power of Youth and the power of Women are two of the most powerful forces for defeating ignorance and violence. Yay Malala!

Jan. 3, 2009, was a historic date for young people worldwide. It was the day that 11-year-old Malala Yousafzai’s first BBC blog post was published, under a pseudonym, exposing the daily struggles for the rights of girls in the Swat Valley in Pakistan. At the time, Taliban militants were banning girls from attending school, but Malala continued to report violence and intimidation, even after her identity had been discovered.

Following her attempted assassination and recovery, Malala continued her activism for women’s rights, advocating for worldwide access to education. Inspired by Malala, a United Nation’s petition called for all children to have the right to an education by the end of 2015.

For her bravery and commitment to the crusade for education rights, Malala has been honored with numerous awards, including the 2014 Nobel Peace Prize alongside Kailash Satyarthi of India, who is tirelessly fighting child slavery throughout the world. Both individuals are recognized “for their struggle against the suppression of children and young people and for the right of all children to education,” and will receive their awards in Oslo on Wednesday.
[More…]