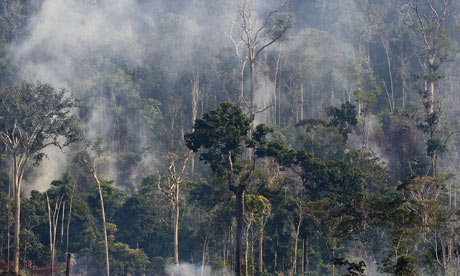 Hundreds of environmental protection officers are being deployed in the Brazilian Amazon after government satellites detected a sudden, unexpected surge in deforestation.

On Wednesday, Brazil‘s environment minister Izabella Teixeira announced the creation of a “crisis cabinet” to crackdown on illegal logging in the world’s largest tropical rainforest, after satellites registered a 27% hike in Amazon deforestation between August 2010 and April this year compared with the previous year.