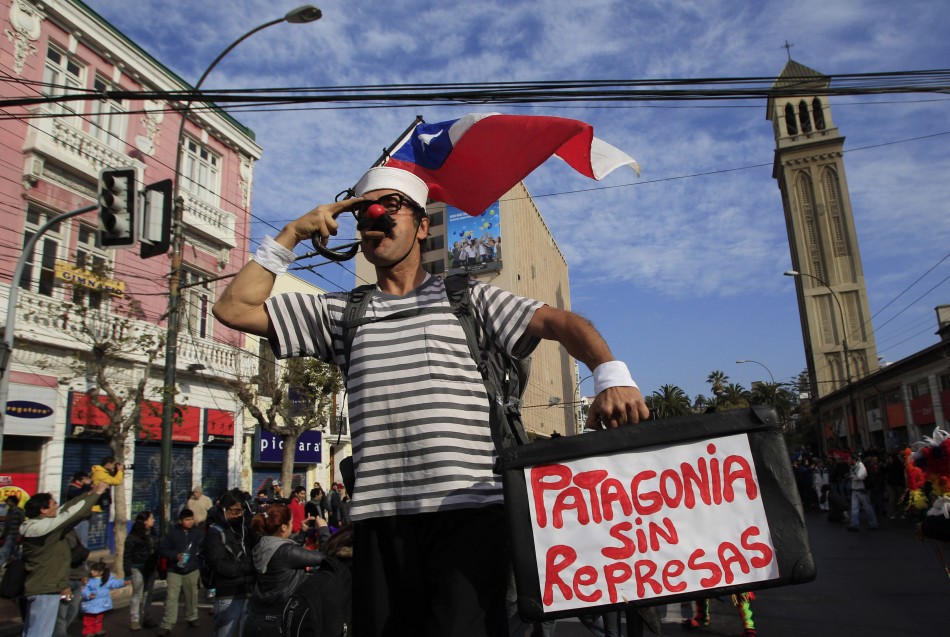 A demonstrator attends an anti-government rally in Valparaiso city May 21, 2011. The banner reads “Patagonia without dams”

About 30 thousand people protested against the proposed 3.5 billion US dollar hydroelectric project on Friday after Chilean President Sebastian Pinera declared to move forward with the project in his second ‘state of the nation’ address.

The speech was disturbed by protestors whom police eventually held. The government insisted the HidroAysen dam project is needed to meet growing demands and maintain the economic growth of the country. The hydroelectric plant will consist of five power stations and will dam two main rivers.

Here are some pictures from the protest.