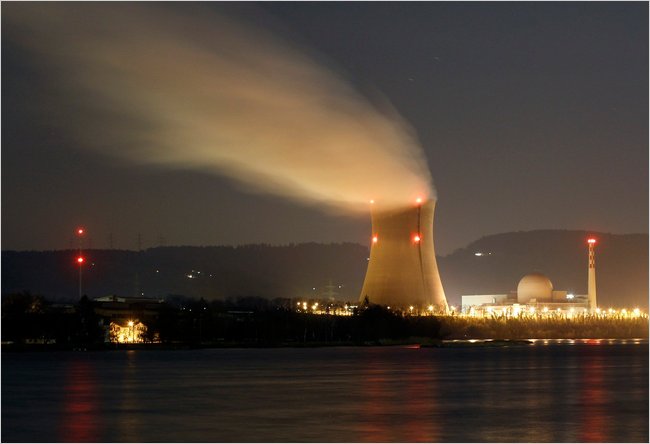 A nuclear plant in Leibstadt, Switzerland. The country will phase out nuclear energy slowly.

BRUSSELS — The Swiss government decided Wednesday to abandon plans to build new nuclear reactors, while European Union regulators agreed on a framework for stress-testing theirs, as repercussions from the disaster in Japan continue to ripple across Europe.

The Swiss Energy Minister Doris Leuthard had suspended the approvals process for three new reactors, pending a safety review, after the accident that struck the reactors at the Fukushima Daiichi plant in Japan after the earthquake and tsunami of March 11.