The War Against the Environment 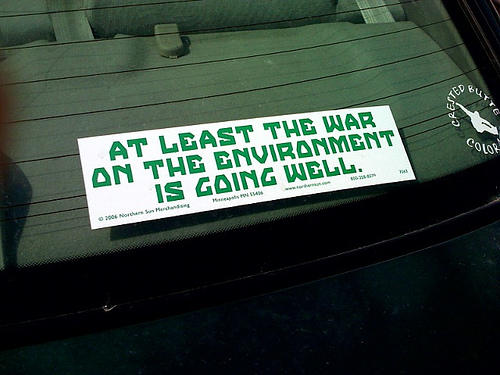 The pretext for these attacks on nature and public health is that environmental regulation cripples the economy.

Salon has a recent article entitled, “The Worst Anti-Environmental Congress Ever?” The answer is definitely yes. As someone who has lived through the Gingrich and DeLay eras in Congress, I can say without hesitation that the current House of Representatives is far, far worse. A complete listing of anti-environmental votes in the House can be found here.[snip]

Environmental regulation got much stronger in the 1970s, retreated under Reagan (especially in his first term), resurged a bit under the first President Bush and then under Clinton, retreated again under the second President Bush. If regulation was a big brake on the economy, you’d expect to see signs of these changes in this graph. But the graph doesn’t show anything like that. In fact, growth was above trend until about the time that Reagan took office, and stayed on the trend line until the crash at the end of the last Bush Administration Where are the fingerprints of EPA regulation in this chart??
[more…]