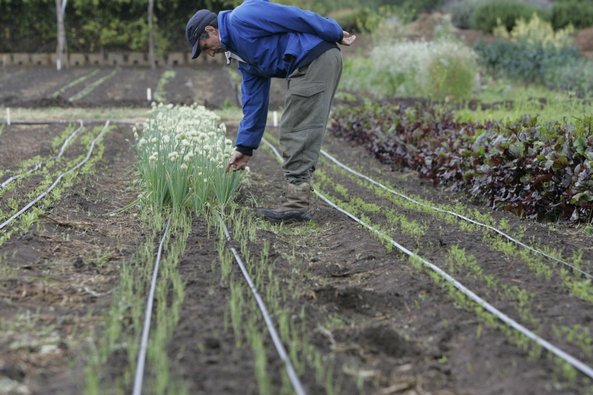 Organic farming is one of the main sources of green jobs in the San Diego metropolitan area. PHOTO BY JOHN GASTALDO

The green economy in metropolitan San Diego remains modest despite years of efforts to bolster industries that create environmental benefits, according

Business leaders across the nation have been racing to develop clean-tech jobs because they are viewed as a major economic growth opportunity given international pressures to reduce all types of pollution and create non-petroleum fuels. Here’s a look at how San Diego stacks up against California as a whole and the top 100 metro areas in the nation.[snip]

Nationally, some 2.7 million employees are part of “clean/green” industries, but China and Germany have jumped ahead of the United States in developing related businesses, according to what Brookings called the first report of its kind to assess the 100 largest metro areas nationwide.
[more…]