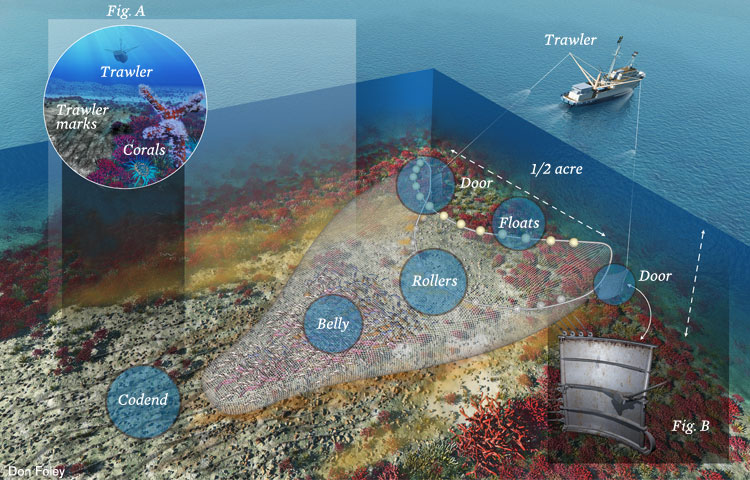 Bottom trawls, enormous fishing nets that are dragged across the sea floor, clear-cut everything living in their path. The mouths of the largest nets are big enough to swallow a Boeing 747 Jumbo Jet, and trawls and dredges can destroy century-old reefs in mere moments.

Industrial fishing in the deep sea should be banned because it has depleted fish stocks that take longer to recover than other species, according to a paper by an international team of marine scientists.[snip]

Bottom-trawling can crush deep-sea corals that can live for as long as 4,000 years, the scientists noted. Some fish species of the deep live for more than a century, and while they can spawn many eggs, there can be several years in which juveniles fail to make it into adulthood. Orange roughy, which Australia declared a threatened species in 2006, take 30 years to reach sexual maturity and live up to 125 years.
[more…]