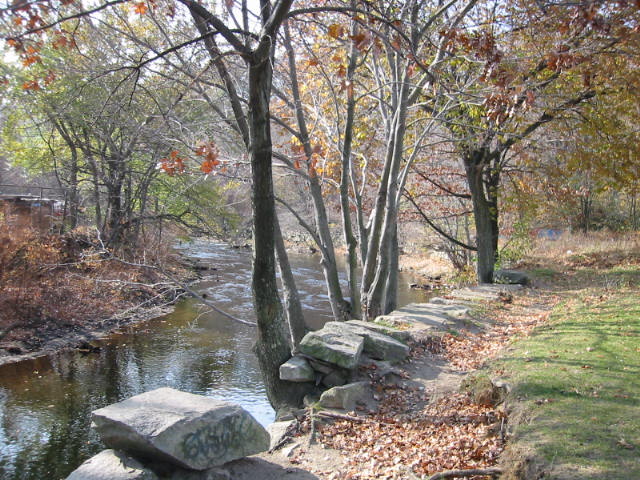 The Woonasquatucket River Greenway Project is a catalyst for renewal along the Woonasquatucket River in Providence. The green linear park will revitalize a major hidden natural resource on the West Side of the City and become a destination for neighborhood residents and people throughout Providence and Rhode Island. A bicycle/pedestrian path will link recreational areas, green spaces, destination sites, and the neighborhoods of Manton, Hartford, and Valley, as well as Olneyville and Smith Hill to Waterplace Park in downtown Providence.

Photos from 12 years ago show the site strewn with construction debris and railroad ties. Across the street were vacant lots and dilapidated homes remarkable only for how many times the police responded to those addresses.

But on Monday, President Obama’s chief environmental adviser found a very different scene when she arrived for a tour of Riverside Park.

Nancy Sutley, chairwoman of the White House Council on Environmental Quality, found the former illegal dump site in Olneyville has been transformed into a lush and active park, thanks to government money and private investment.