Does an old EPA fracking study provide proof of contamination? 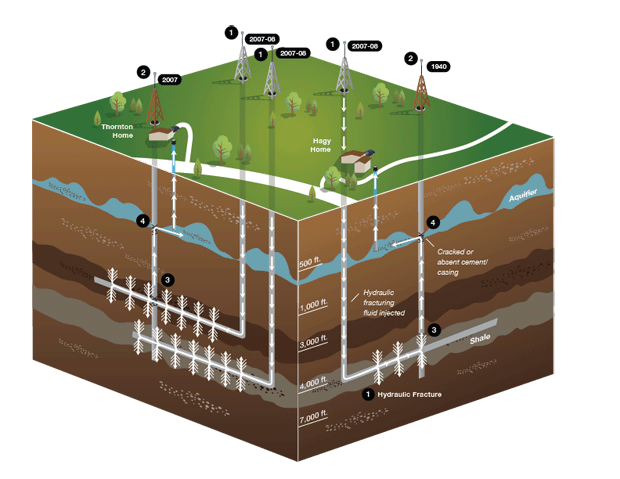 An Environmental Working Group investigation by Senior Counsel Dusty Horwitt has uncovered evidence in a long-forgotten federal report and other documents that chemicals from hydraulic fracturing of natural gas wells contaminated drinking water used by two West Virginia families. These graphics illustrate how the "fracking" chemicals might have reached the Parsons and Hagy families' water wells.

This post has been updated with the industry’s response.

For years the drilling industry has steadfastly insisted that there has never been a proven case in which fracking has led to contamination of drinking water.

Now Environmental Working Group, an advocacy organization engaged in the debate over the safety of fracking, has unearthed a 24-year-old case study [1] by the U.S. Environmental Protection Agency that unequivocally says such contamination has occurred. The New York Times reported [2] on EWG’s year-long research effort and the EPA’s paper Wednesday.

The 1987 EPA report [3], which describes a dark, mysterious gel found in a water well in Jackson County, W.Va., states that gels were also used to hydraulically fracture a nearby natural gas well and that “the residual fracturing fluid migrated into (the resident’s) water well.”
[more…]